CopyPaste is the platform of young artists and architects, which was founded in 2015. During three years the team participated in different competitions and festivals, both locally and internationally.
CopyPaste is composed of five members: Tezi Gabunia, Ivane Ksnelashvili, Nika Maisuradze, Davit Tsanava, Oto Shengelia. Fundamentally, each of them are working on individual projects, but they come together for common professional interest: Art, Architecture, Cultural Occurences and their influence on different multidisciplinary field. 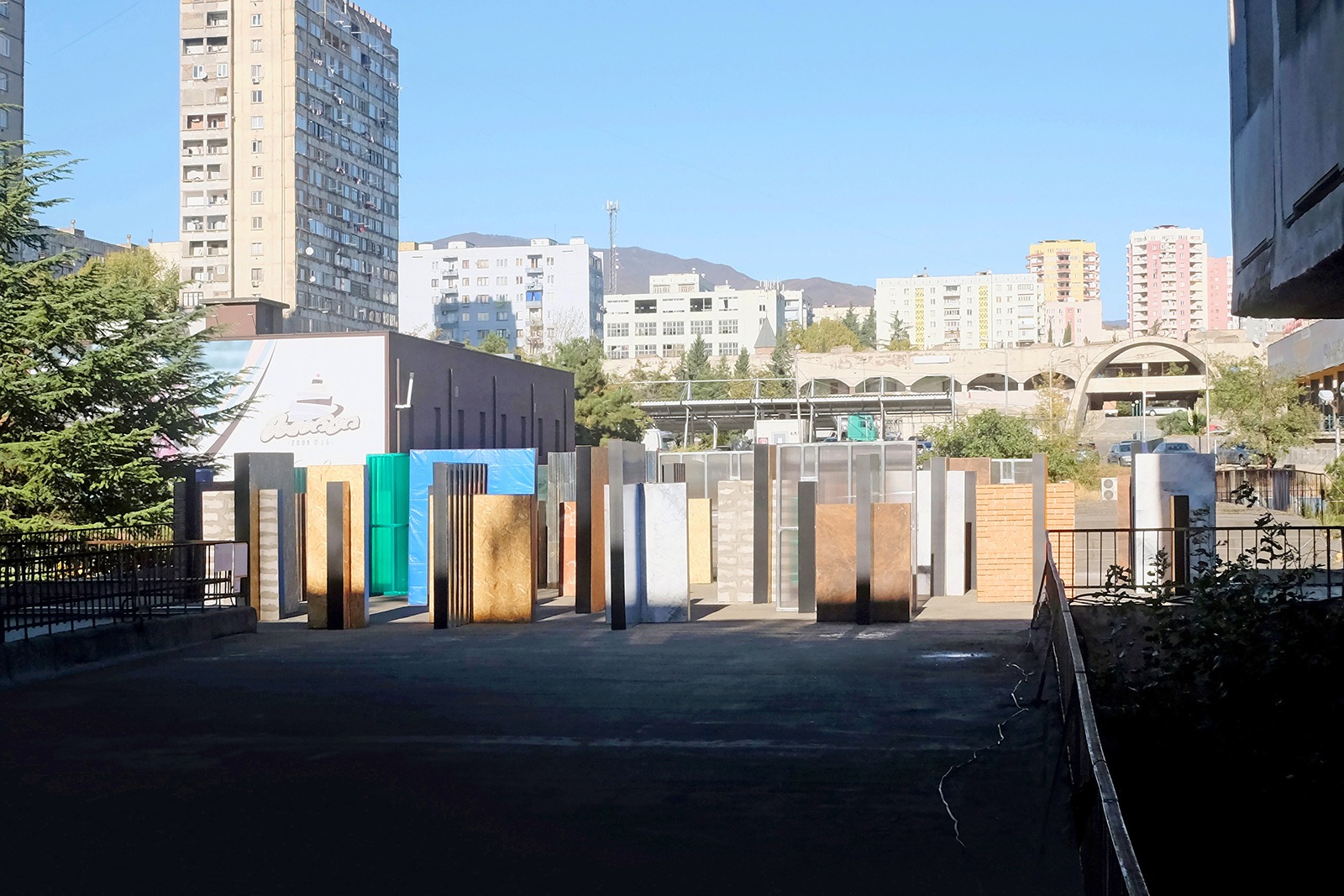 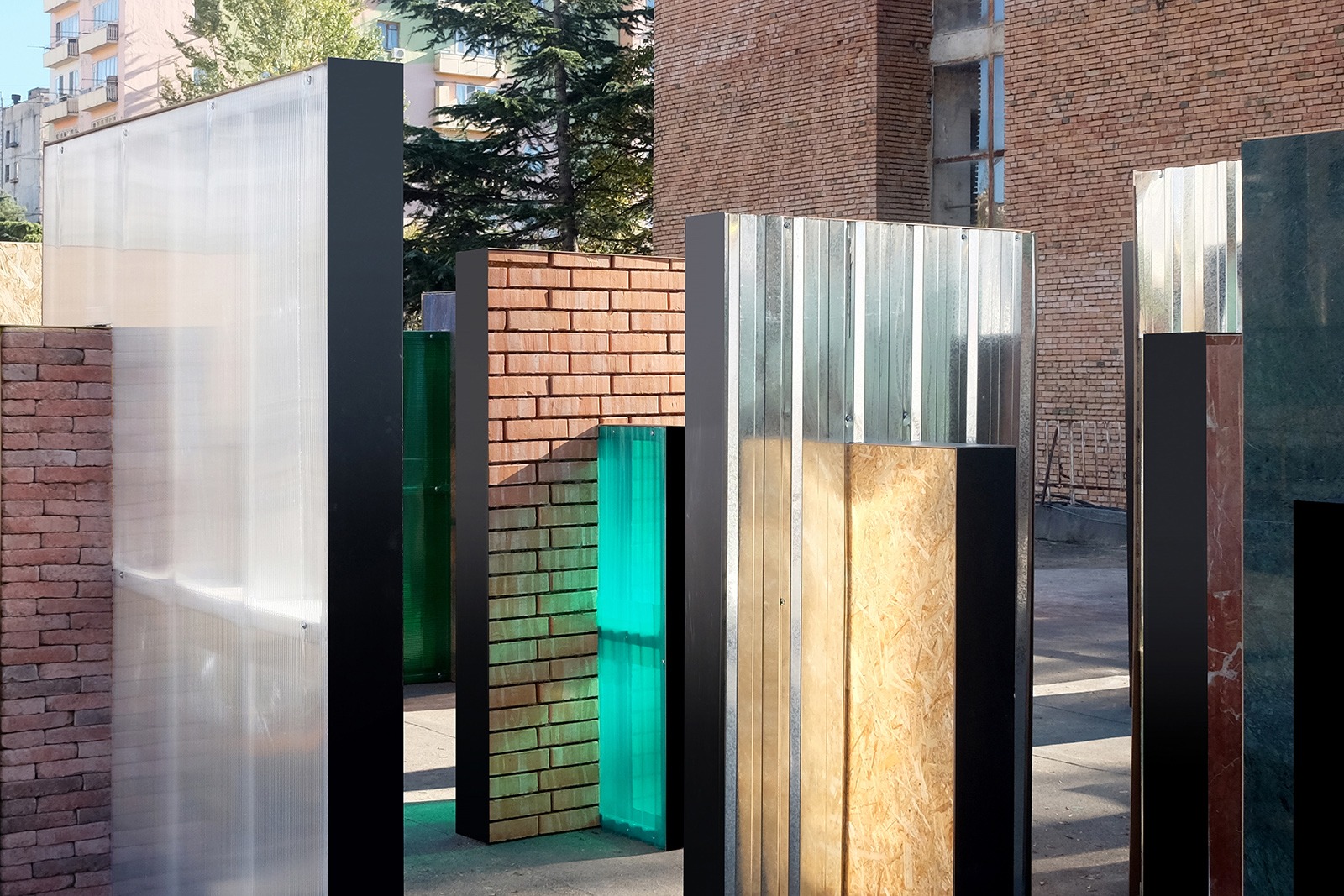 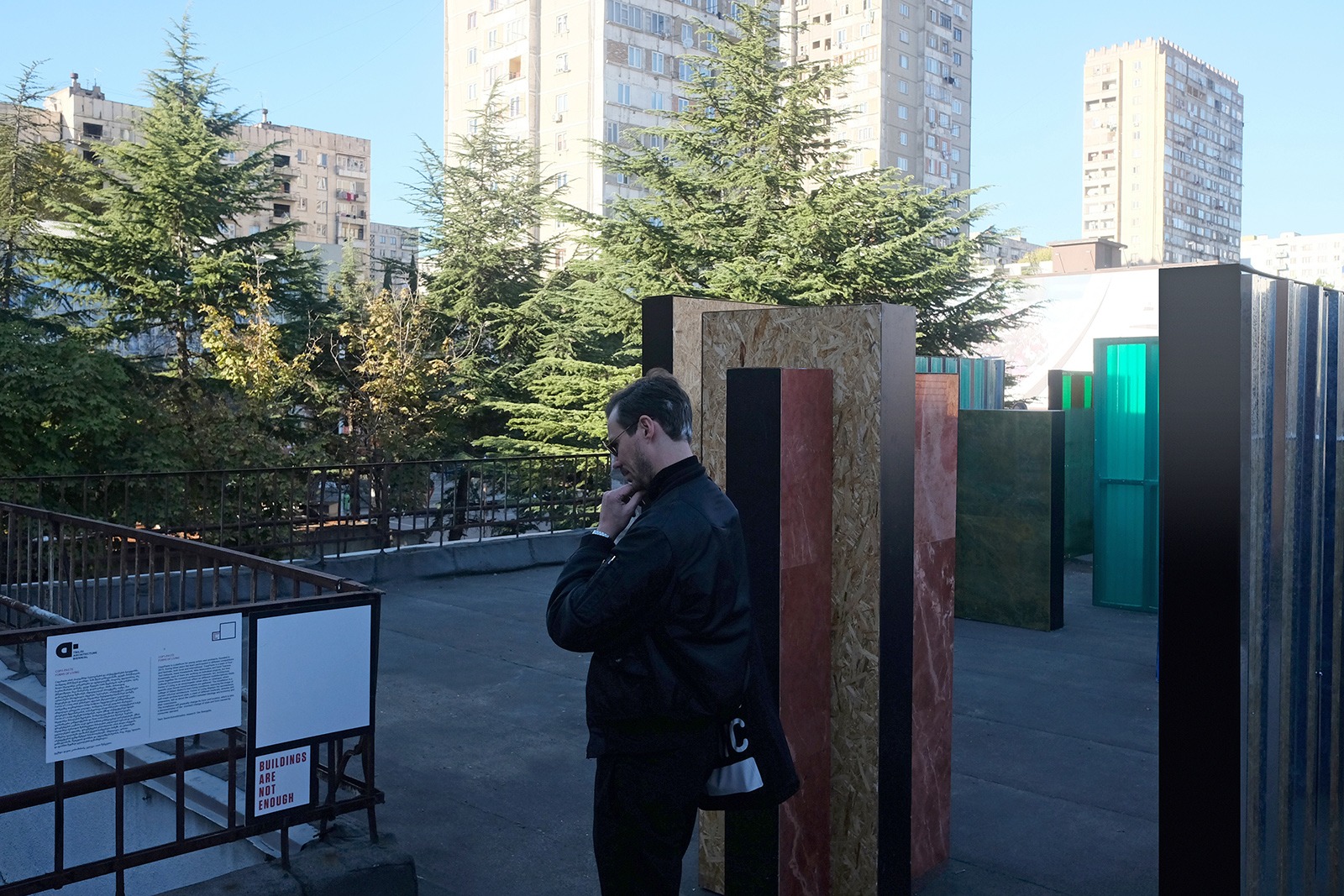 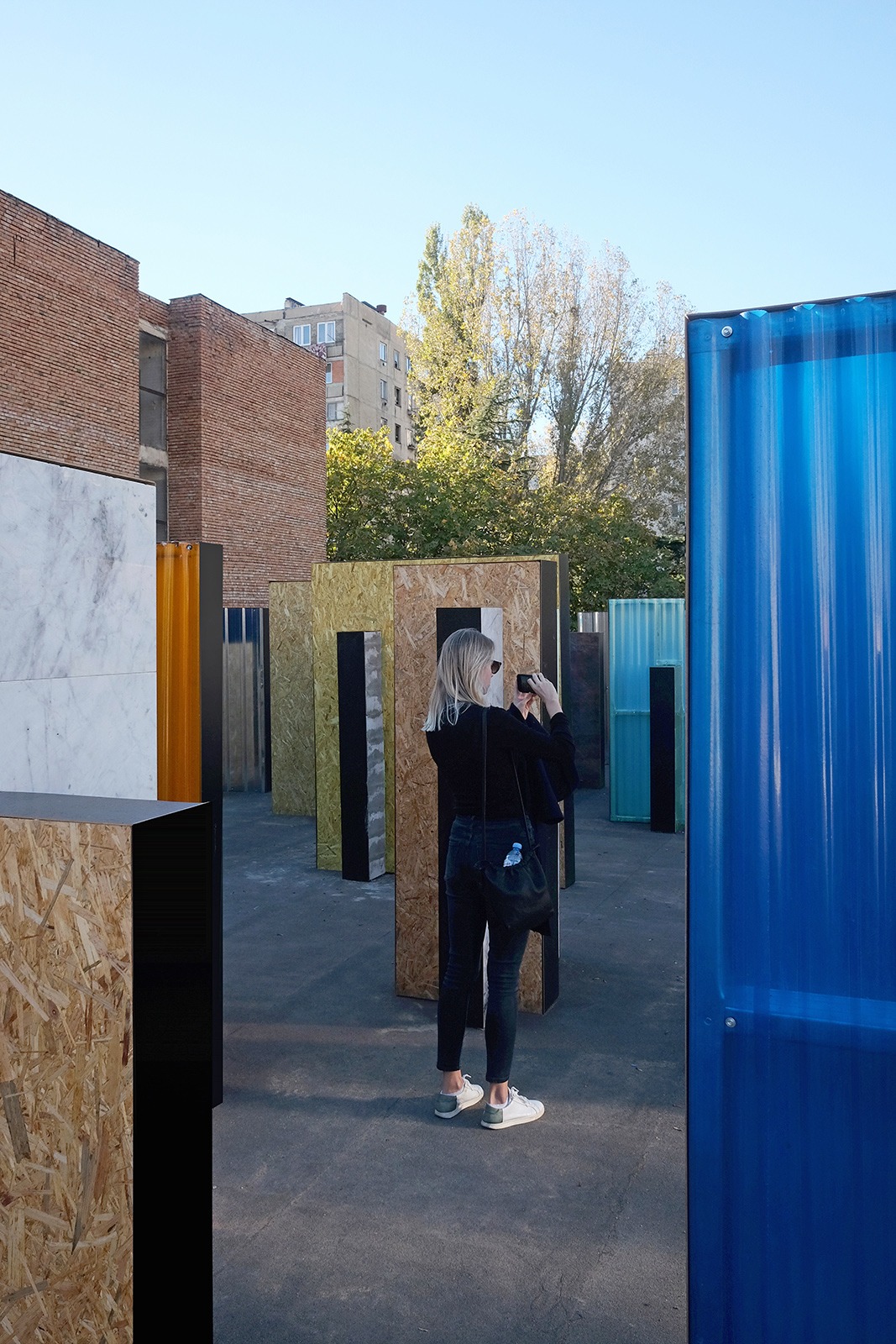 Our interest in studying soviet micro-districts is con­nected with the fact, that these neighborhoods were designed and constructed according to the Soviet rules and regulations and were results of the idealistic dream of accommodating every single family in the former So­viet Union. Today, these places have established them­selves in the new system and reflect traces of Tbilisi´s recent history.
As a result of communal living, Soviet architecture has gradually transformed into a new characteristic image, though its own ideological stereotypes dictated these chaotic changes.
As a result of post-Soviet transformation, all inherent functional parameters have turned off and caused no­ticeable stagnation of cultural growth. Spontaneous and accidental self-made structures were developed as an answer of dwellers to the architecture and a self-solu­tion to their living space problems, which quickly be­came an object of manipulation for inhabitants. While on the other hand, it is a demonstration of existing so­cio-economic disorder.
Chaotic process and eclectic style formed new architec­tural standards, which predict today’s social and cultur­al condition. Quick urbanization dictates no significance of human living culture. 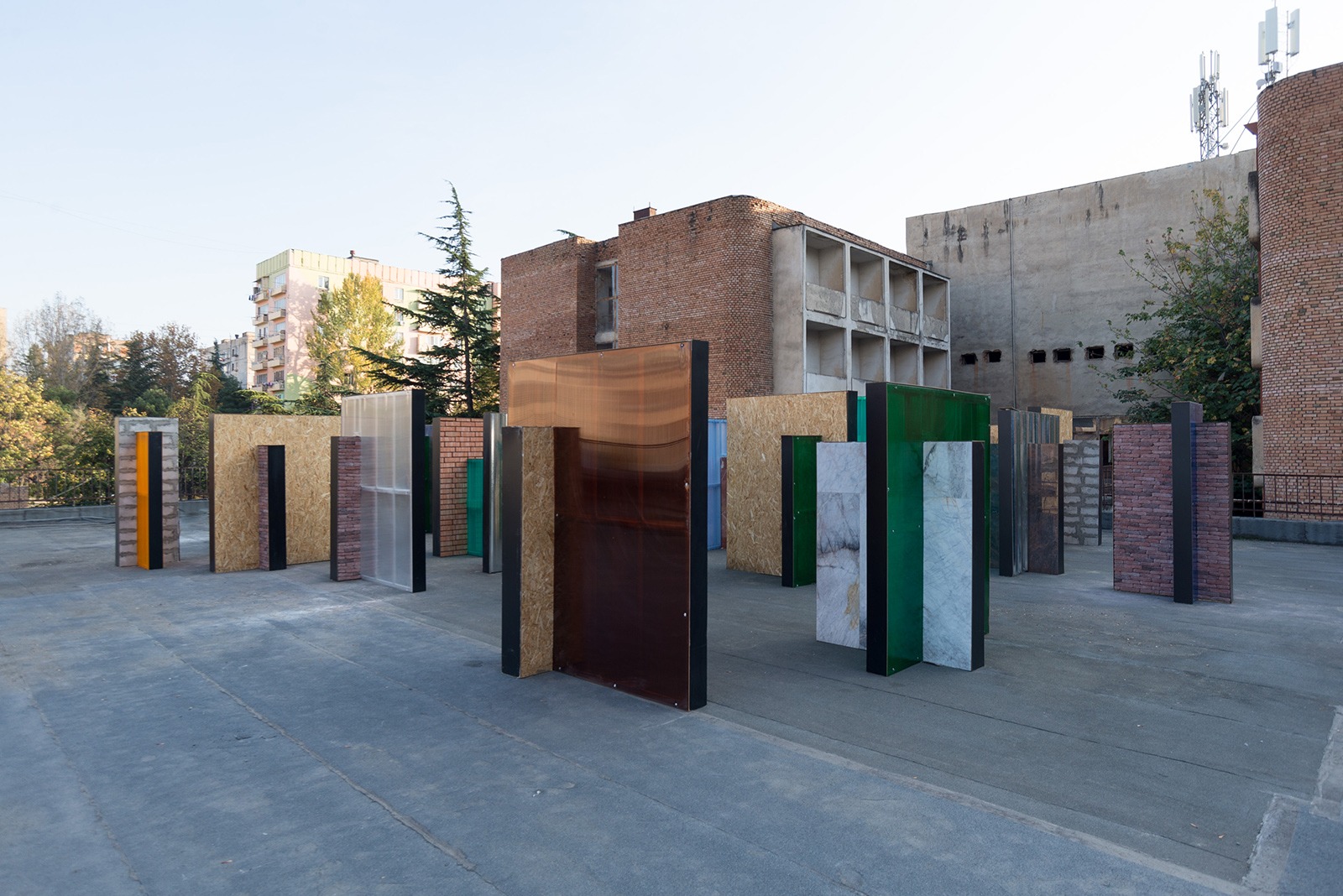 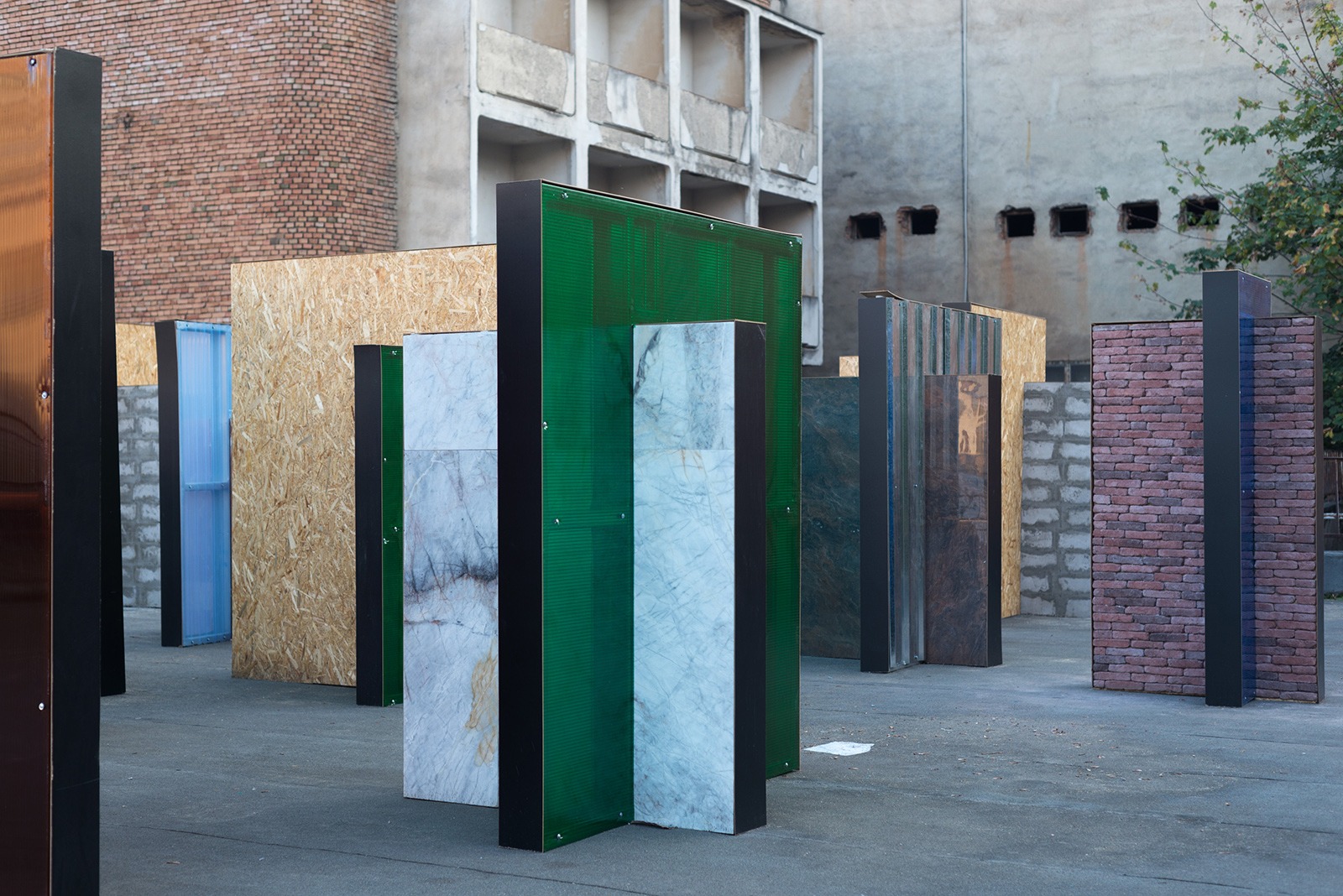 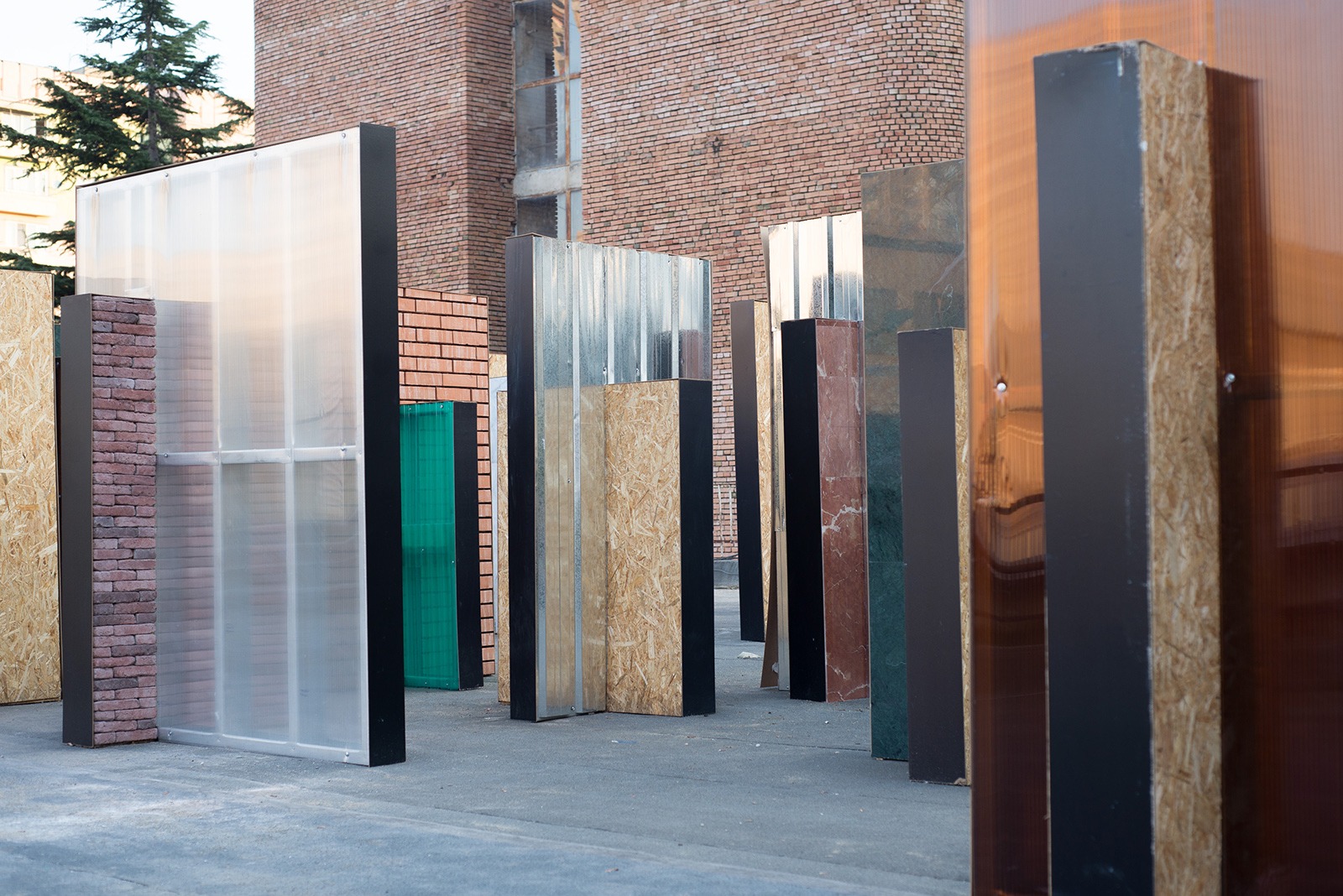 Forms of Living is an encyclopedic urban atlas (Cata­logue) where specific post-Soviet transformations are gathered together. The installation is a collage of Gldani district’s inert living conditions which expose the image of current informal architecture.
Forms of Living display spontaneous self-made archi­tectural style, a clash of different materials, annexes, ex­tensions, which tell us about the ideological, economical conflict and coexistence.
Network of encountered fragments gather different val­ues of market and create an image of accidental cata­logue of materials of specific periods and talks about the atlas of transformations.
Fragments of joints is a new archetype which forms an interesting pattern of human behavior, which embodies fundamental characteristics of informal architecture.
The installation will gradually change its form and loca­tion, which is also a demonstration of constant change of type caused by the user’s demand.